Are you planning a trip to Dharamshala or McLeod Ganj and unsure how to get there? This comprehensive Dharamshala and Mcleodganj travel guide for backpackers and trekkers will answer all of your questions.

The first thought that comes to mind when seeing the majestic Dhauladhars for the first time may be, “If these are the Himalayan foothills, how massive would the actual Himalayas be?” It’s astonishing right!

Dharamshala, the most famous hill town in these mountains, rose to prominence when His Holiness the current Dalai Lama established the Tibetan government-in-exile here. Upper Dharamshala (McLeod Ganj) became a tourist destination for both foreign and Indian visitors. People who wanted to learn about Tibetan culture, eat a variety of cuisines ranging from Indian to Tibetan, Israeli to Italian, meet the Dalai Lama, practise meditation or yoga.

Dharamshala and its surrounding villages, McLeod Ganj, Dharamkot, Naddi, and Palampur, are still teeming with foreign visitors and dignitaries. They include people doing business with the Tibetan government as well as tourists visiting for pleasure. However, like any other tourist destination, this one receives a high volume of visitors, resulting in increased vehicular traffic and urbanisation.

So, if you come to Dharamshala to get away from the city, you might be disappointed, especially on a long weekend! But peace and tranquillity still reign among the numerous monasteries, eating establishments, trails, and breathtaking sunsets.

Dharamshala, located in Himachal Pradesh’s Kangra district, has a cool climate most of the year. Summers, particularly in June, can be extremely hot, with temperatures reaching 40 degrees Celsius.

The monsoon in July, on the other hand, provides immediate relief from the heat and keeps the region wet until mid-September. Dharamshala is one of Himachal’s wettest towns. The average elevation in Dharamshala is around 5500 feet, while McLeod Ganj is 7800 feet above sea level. It begins to get chilly in October, and winter is at its peak in December and early January, with the city receiving a significant amount of snowfall in the upper reaches (McLeod Ganj, Naddi, and Bhagsu). McLeod Ganj is the most popular of Dharamshala’s suburbs. Tibetans refer to the small town as mini Lhasa or ‘Dhasa’ (a combination of Dharamshala and Lhasa).

When should you go to Dharamshala and McLeod Ganj?

Dharamsala is open all year, and roads are open in all weather conditions. However, the best time to visit Mcleodganj or Dharamshala is between March and May. It will assist you in avoiding the sweltering summer heat. Otherwise, if you want to avoid the cold winters, visit Dharamshala between October and December.

Snowfall is best enjoyed in January, but if you’re lucky, you might see it in late December as well. February is still cold, but spring arrives in March, making the weather pleasant. Traveling there between October and November, in my opinion, gives you the best of both worlds.

How to Get from Delhi to Dharamshala and McLeod Ganj

In my previous article on Dharamshala monasteries, I discussed Dharamshala’s connectivity to Delhi and the rest of India. I’ll go into more detail here. The city has grown significantly in recent years, and it was named the second capital of Himachal Pradesh last year.

It is also included in PM’s smart cities programme. As previously stated, Dharamshala is well connected to Delhi and other major cities such as Hyderabad, Mumbai, and Jaipur by road, air, and train.

Pathankot is the nearest train station to Dharamshala (85 km away). Taxis are readily available at the station for further travel, or you can pre-book one. From Pathankot, you can also take a bus to Dharamshala. Both public and private buses service this route. 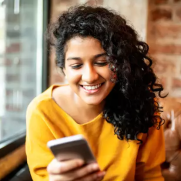 How Can Ad Hoc Reporting Be Used in Recruiting?

The Adventurists Guide To Florida Travel